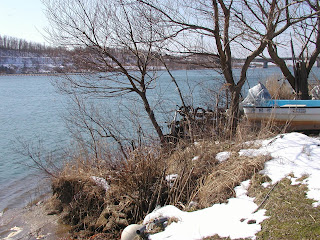 I post haiku about the tug-of-war between spring and winter.
Spring is gradually showing its power and energy over winter about this time of the year. 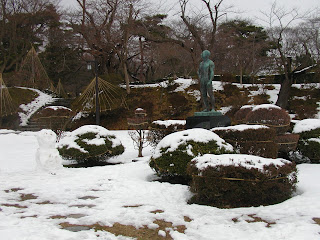 I post haiku I wrote when I visited Senshu Park （千秋公園） in Akita （秋田）.

The snowman
in rejoicing ―
winter skies 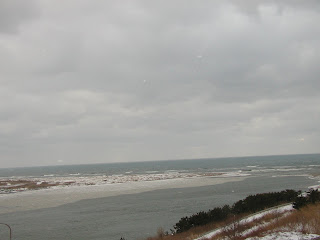 The winter tide
flowing near in front ―
this river

The spring tide
flowing far behind ―
that river 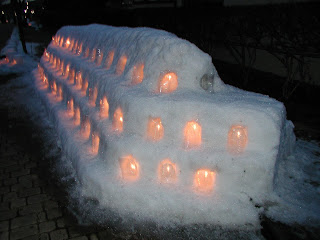